And the winners are…

In 2018, 252 productions from 29 different countries were entered, and 37 of those were selected. The jury was open to the general public, and its two presidents, Pascale Tison and Alessandro Bosetti, underlined that this competition is “a wonderfull sound art observatory”. All works were welcome as long as they were the expression of a creative approach. During a whole weekend works from all around the world have been presented to a demanding and appreciative audience.

Sounds, words, voices, among the books !

Come at the Festival Phonurgia Nova and attend public listening and deliberation days. 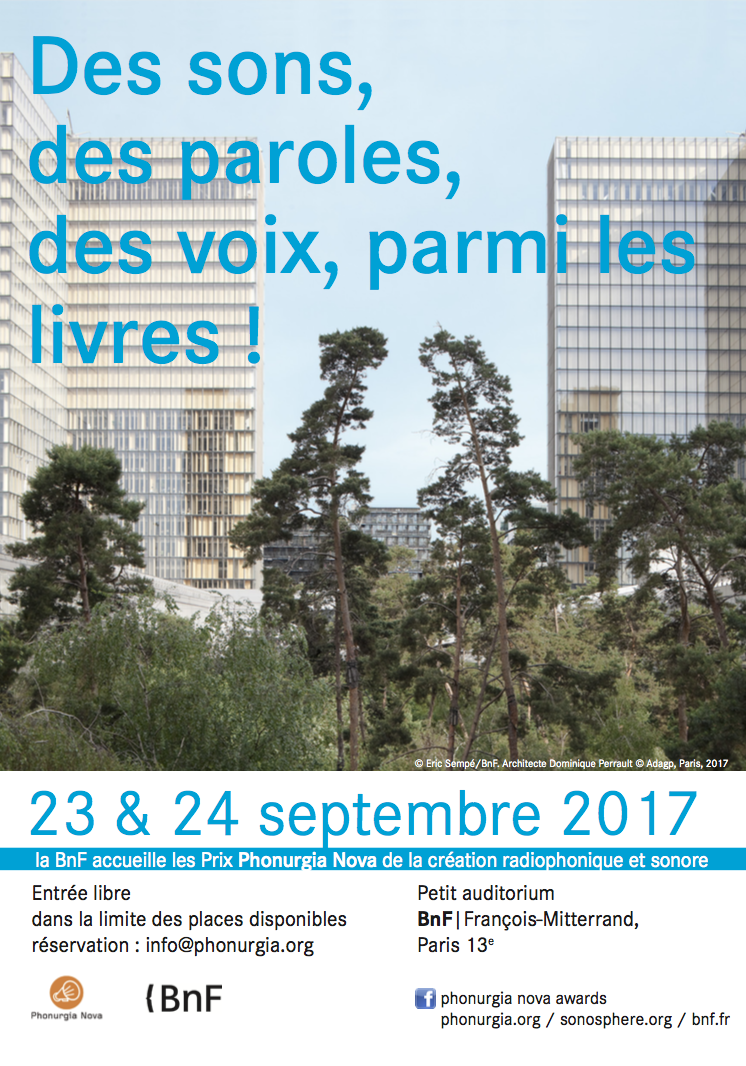